How Does A Sewing Machine Work? (2022 Guide For Beginners)

But – that’s exactly what a sewing machine is composed of. Without these machines that thump their needles up and down all day long you wouldn’t have the clothes you are wearing right now.

But, exactly how does a sewing machine work?

What is a sewing machine?

As the name suggests a sewing machine has been designed for construction of garments and fabrics with a needle and thread. A sewing machine performs heavy sewing work at much higher speeds than could ever be mastered by hand.

The invention of the sewing machine has improved the efficiency and productivity of the clothing industry nowadays. People can produce more in a much shorter space of time than in the past and without the fuss of needles and thimbles!

Adorned with multiple stitch styles like the zigzag and straight stitch, home sewing machines were revolutionary in the way we create clothes. Even thick fabric will glide through the machine with ease (if the right needle is used!)

Early sewing machines were typically foot-operated treadles or powered by turning a handle, but today we commonly see electronic and computerized domestic machines for sewing that are built around a strong motor.

Pushing a needle up and down through multiple layers of fabric is hard work – I know through years of hand sewing!

Who invented the sewing machine?

Sewing machines were created more than 200 years ago to decrease the amount of manual sewing work performed in clothing companies. Did you know, it was the first widely distributed mechanical home appliance (and still my favorite)!?

I think it’s hard to credit a single inventor to the sewing machine, as they were almost a gradual mechanical evolution.

30 years later, Barthélemy Thimonnier brought about a machine to sew ships’ sails and leather in a chain stitch machine.

Over the years, Walter Hunt and John Greenough made improvements to these existing inventions, until Elias Howe created the first sewing machine that is comparable to the machines we use today.

In 1850, American Isaac Singer went to further improve the sewing machine and then went on to found the Singer Sewing Machine company.

Let’s take a look at the history of a sewing machine.

History of the sewing machine

In 1755 a German engineer named Charles Fredrick Wiesenthal patented a double pointed needle with an eye at one end, to aid the art of sewing.

Thomas Saint patented the first sewing machine design for sewing leather and canvas. There is no evidence however that he built one.

The machine was designed to reduce the amount of hand stitching on garment, making the process of sewing functional and more reliable. The patented design used a chain stitch method, with a single thread and simple stitches in the fabric.

Material would be pierced on the machine and thread carried through the hole with a forked rod, then moved to the next hole where the cycle would be repeated to lock the stitch. The machine was used for sewing ships’ sails and helped the manufacture of leather goods such as saddles and bridles.

In 1829, the first practical sewing machine, most comparable to the machines we use today was invented by Frenchman Barthélemy Thimonnier. The French tailor created a machine which sewed straight seams using chain stitch like Thomas Saints model.

The machines were made from wood, and use a barbed needle which passes downward through the cloth to grab the thread. It would get pulled up to form a loop which was then locked by the next loop known today as lock stitch.

Barthélemy Thimonnier opened the first machine based clothing company in the world to help create uniforms for the French army, however the factory was burned down by tailors, who were fearful of losing their livelihoods following the issue of the patented machine!

The first American sewing machine was made by Walter Hunt, whose machine used a needle with the eye and point on the same end which carried the upper thread, and a falling shuttle which carried the lower thread. Hunt didn’t patent his invention until 1854.

John Greenough patented the first sewing machine in the US. In the same year partners Newton and Archibold introduced two pressing surfaces to keep the fabrics into position which we would now know as a needle plate and presser feet.

Phew – there’s a lot going on isn’t there. Still with me?

Now, 1845 saw the first machine that we would recognized today, which combined all of the disparate elements (like the bobbin and hand wheel) of the previous 50 years of innovation, into one sewing machine.

This was built by Elias Howe in 1845. He used two threads and a curved needle. Unfortunately, the complex machine that sold for US$300 (a fortune in those days!), was far too expensive for most people to own.

American Isaac Merritt Singer went on to build very similar machines based on Howe’s patent and changed the world of machine sewing! He became the founder of the household Singer Sewing Machine Company.

The lock stitch machine he devised used a falling shuttle instead of a rotary one, the needle was mounted vertically and included a presser foot to hold the cloth in place, with a fixed arm to hold the needle and a basic tension system.

The foot treadle was adapted leaving hands free to work with the fabric.

In 1851, Isaac Singer patented his first commercial sewing machine that could stitch at 900 stitches per minute!

His sewing machines were expensive at the time, retailed at $100 which was beyond the budget of most American families. He started to accept installment payments for sewing machines so they were affordable to more households.

How does a sewing machine work?

Do you remember when you first learnt to sew at school? You would have been learning a running stitch, which is impossible to do with a sewing machine. Sewing machines work in an entirely different process to hand sewing.

A sewing machine works by holding on to the needle, it doesn’t let go of it or pushes the whole needle through the fabric.

A sewing machine works with an electric motor in it which is powered by the use of a foot pedal in most modern sewing machines. The motor of the machine drives three main mechanical parts, the needle, bobbin and feed dogs.

The bottom mechanism is made up of the bobbin case and a lower thread which forms a loop with the upper thread, and the feed dogs that move the fabric between stitches.

This synchronized mechanism on the main drive shafts, responsible for moving the fabric forward through the sewing machine, is called feed dogs.

One of the mechanisms pulls the feed dog from right to left via a level being rocked by a wheel, while the other is a crank so the feed dog moves up and down.

This feed dog mechanism ensures that stitches made are equal in length whilst moving the fabric forward. This leaves the user to give their full attention to the sewing, rather than fumbling around with the fabric.

First, the needle thread passes through the fabric above with a needle, and the second is the bobbin thread, from below by a reel called a bobbin, which is mounted in a carrier called a shuttle that rotates.

A shaft drives the hand wheel, while a crankshaft mechanism is responsible for the upward and downward movement of the needle.

The electric motor causes the needle to push the thread down through the material which forms a loop and catches on a hook on the shuttle.

This automatic stitching with two threads is called the lock stitch.

A shaft uses gears to turn the shuttle and hook which are responsible for making the stitches by finding the top thread. The hook and shuttle work faster than the needle mechanism. The hook is also what contains the bobbin wrapped with bobbin thread.

How does a sewing machine work stitch by stitch?

A stitching cycle depends on the sewing machine’s power, but low end models run at 600 rounds per minute, that’s about 10 stitches per second and high end machines go twice as fast!

An industrial sewing machine works at a speed 2,200 stitches per minute! You can imagine the precision of this chain rotation!

The average domestic sewing machine should sew between 750 – 850 stitches per minute.

Watch this video below to better understand how a sewing machine works stitch by stitch.

Double threaded sewing is good to use on a sewing machine, and is when thread is put through the needle and then doubled back on itself, so that the end meets with the threads from the spool – I like to knot it so it stays!

Double thread is popular owing to the sturdy stitches it gives and the ease of threading the needle. I like to use double thread when I sew buttons, or when I need to make a strong stitch. I sometimes use this with a double needle to reinforce the stitch.

I hope you’re still here and have enjoyed learning all about how a sewing machine works! All you really need to understand are the three mechanisms, the needle, bobbin and shuttle and feed-dog mechanisms.

If you’re new to sewing and still feeling overwhelmed with all the jargon you can learn more from my other posts about sewing and embroidery, and share this post with other sewists like you.

I hope you feel like you understand your sewing machine and the parts of a sewing machine more and can envisage every stitch from the inside out when you hear that whirring sound of the motor!

If you feel like you’re ready to take on your first dress, you’ll probably need the best dress form to carry whatever fabric and needles you’ll throw at it. You don’t want one that topples over easy. 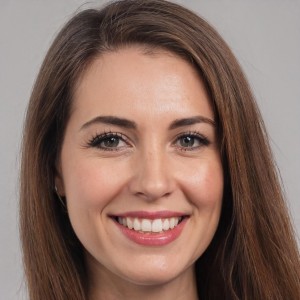 Kris Daub
[email protected] byCurated I'm a maker at heart! I love to create and tech others to create. I particularly sewing and hand crafts like ebroidery. I also love larger home decorating projects. ✂️ ?

Kris Daub
[email protected] byCurated I'm a maker at heart! I love to create and tech others to create. I particularly sewing and hand crafts like ebroidery. I also love larger home decorating projects. ✂️ ?